*This article about poor performance while on a steep growth trajectory has been adapted from Radical Candor: Be a Kickass Boss Without Losing Your Humanity.

One of the most perplexing management dilemmas is when a person who ought to be taking on more and more and performing better every day is instead screwing up or just doing a lousy job.

I’ve seen this happen for five different reasons that are worth parsing.

1. The Wrong role can lead to poor performance

Sometimes you will put a great person into the wrong job. That is why I call this the “look at yourself in the mirror” quadrant—if you put somebody in the wrong role, their poor performance is actually your fault. When this is the case, you want to put the person in a better role.

For example, I once put “Mareva,” who was one of the best leaders I’ve ever worked with, on the hardest challenge we faced as a team. The decision seemed obvious: you match up the people doing the best work with your hardest problems and the problems get solved.

Right? Not so in this case. Mareva was a great leader of people, and she shone when she was managing a large team. Her new job, though, was to manage a tiny team. The potential was huge but the reality was small.

Time passed, but the team wasn’t getting any closer to realizing the potential business opportunity. The team seemed demoralized, and Mareva seemed, well, bored. Disengaged. I asked her if she was having issues in her personal life. She said no. I pushed her to try harder.

Nothing changed, so I gave her the lowest rating she’d ever gotten and then a lower one the next quarter. I talked with Mareva in detail about why things weren’t going well; she didn’t disagree with me, but she had no good explanation. I grew increasingly frustrated and began to worry about her career prospects.

The decision seemed obvious: you match up the people doing the best work with your hardest problems and the problems get solved. Right? Not so in this case.

But then it dawned on me; the problem I’d asked her to solve was an analytical one. The sort of person best suited to solve this problem would be spending 75% of their time alone in an office crunching numbers.

But Mareva’s real gift was that she was a kick-ass boss. I had her stuck in her office with spreadsheets, where she wasn’t really exercising her talent, instead of with people. When I shared my revelation with her, the relief on her face was enormous.

Of course, Mareva had known in her gut what the problem was, but she hadn’t wanted to offer excuses or blame me for her poor performance.

Happily, there was a big, meaty management challenge involving several hundred people on another team that needed solving. I put Mareva on it and, sure enough, she was back to being one of the top performers — not just on my team but at the company.

Another example. “Clay” led a team in a particular country, call it “Atlantis,” where he was an enormously effective leader and had also grown revenue faster than anyone else. He wanted a growth opportunity, and I positioned him to take over another, bigger team in Atlantis.

However, Clay really wanted to move on to a regional role, and he approached me about it when one opened up on my team.

I had significant doubts about the fit because this job required great political finesse, a skill Clay had not demonstrated — to his credit as far as I was concerned — but which was necessary to perform successfully in this particular role.

I shared my concerns frankly with him, but he persisted until I gave in. Almost as soon as he had assumed his new role, however, he grabbed a political hot potato and got burned.

It’s not always clear when you are giving people an opportunity to grow and when you are sending them into the lion’s den, but in this case, I made a bad call. I put Clay in the wrong role.

Unfortunately, I left the company, and Clay was eventually fired. I didn’t have the opportunity to look myself in the mirror, and Clay took the fall for my mistake, which I’ve always felt terrible about. (Fortunately, he’s gone on to become an enormously successful entrepreneur in Atlantis.)

2. New to role; too much too fast = poor performance

Obviously, when you hire someone who has never done a job before and they have to learn it from scratch, they sometimes take longer than expected to progress.

If the person gives you a reason to believe they can be great in the role, if they show signs of “spiking,” it’s worth investing more. But sometimes it isn’t that obvious.

In these cases, it can help to ask yourself these questions: are expectations clear enough? Is the training good enough? If the problem is that you have not explained the role or the expectations clearly enough, you should invest more time to do so if you think the person can become a kick-ass employee.

Another mistake that bosses sometimes make is to dump too much on a person all at once, setting them up to fail. Sometimes managers simply have unreasonable expectations about what one human being can do.

Other times, managers map their own capacity onto the people who work for them. They forget that a person with 10 years less experience than they have simply doesn’t know certain things.

Sometimes people who have been on a tear in their careers suddenly stop performing well because they are having a personal issue. If the problem is a temporary one, it’s best simply to give such people the time they need to get back on track.

I had a family crisis while I was working at Google. I will always be grateful for my boss’s response: “Get on a plane, go home, take all the time you need, and don’t worry about anything at Google.

Don’t count this as your vacation time — just take the time. We have you covered.” Her words left me feeling luckier than ever to be part of her team — and doubly motivated when I returned.

Sometimes a person seems to be in the perfect role, given their experience and expertise, but just can’t get traction at a particular company or on a team because there is a misalignment between the working style of the group and the individual’s personality.

When a highly successful person takes a job with a new company and the match isn’t right, it can be painful for everyone.

If neither the organization nor the individual can change, it’s best to part ways.

For example, I knew a person whose “launch and iterate” approach made him enormously successful at Google. Google was all about experimentation.

When he got to Apple, which had a history of perfecting and polishing ideas before launching them, he tried the same thing, and it killed his credibility. There was nothing wrong with the person or with Apple — it was just a bad fit.

5. People change, and you have to change with them to enable peak performance

It’s hard not to lock in your perceptions of people. “Jane is a rock star. Once a rock star, always a rock star.” “Sean is my Rock of Gibraltar. I’d be lost without him in his role.” My biggest concern with the terms “rock star” and “superstar” is that you’ll use them as permanent labels for people.

Please do not! It’s tempting to see certain people as fit only for a certain role or having a certain set of skills/weaknesses that will never change. The truth is, people really do change.

This is another reason why you have to manage. Being a great boss involves constantly adjusting to the new reality of the day or week or year as it unfolds. But you can’t adjust if you haven’t been paying attention or if you don’t know the person well enough to notice that something significant has shifted.

It’s not only important to remember that nobody is always on a steep or growth trajectory; people’s performance changes over time, too. Be careful not to label people as “high performers.” Everybody has an off quarter occasionally.

People evolve, and so your relationships must evolve with them. Care personally; don’t put people in boxes and leave them there.

To combat permanent labels, Qualtrics co-founder (and my colleague from Juice and Google) Jared Smith came up with the performance ratings “off quarter,” “solid quarter,” and “exceptional quarter.”

Such adjustments are particularly hard when it comes time to move people who have been making your life easier into new roles that will make your life harder—at least in the short term.

You have relied on “Jean” to get a particular job done well for years. Now Jean wants a new job. Or, “Pat” has been picking up new challenges for years, and now Pat is ready to quit changing roles so often; you have to hand those off to somebody without the same track record of success that Pat has. It’s stressful for you!

Over the course of our careers, most of us go through waves. Sometimes we are in learning mode or transition mode. Sometimes our priorities change: a spouse takes a new job and we need to be home more, or we want to devote time to a passion outside work.

So use this simple framework, but don’t abuse it. Make sure that you are seeing each person on your team with fresh eyes every day. People evolve, and so your relationships must evolve with them.

Care personally; don’t put people in boxes and leave them there. 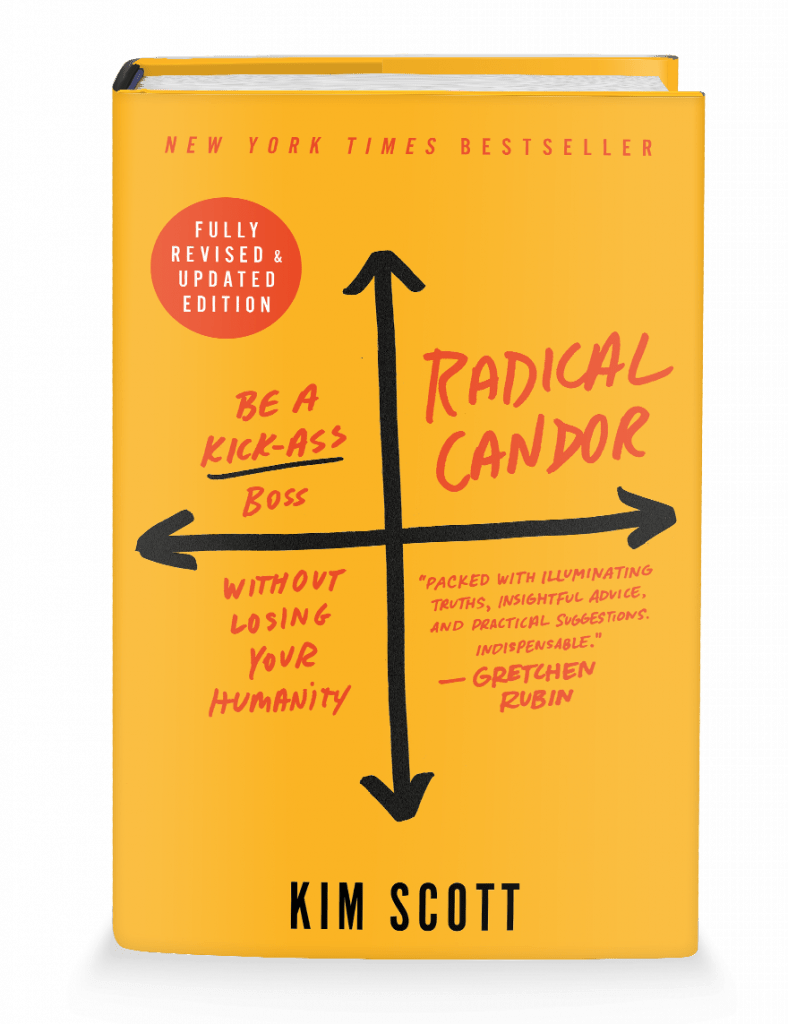