“I can see how Radical Candor works when I already have a relationship… but what about with people I barely know. Isn’t it too risky?” Our Radical Candor coaches get this question fairly often, and I won’t pretend it isn’t risky to offer feedback to a complete stranger. It is. But not being Radically Candid is also risky. And the rewards of being Radically Candid for you and for the other person can be enormous.

In fact, the idea of Radical Candor was born for me when a perfect stranger on a street corner in the East Village of New York City criticized something I was doing. I still have no idea who he is, but I am enormously grateful to him because he changed my whole life in two minutes flat.

It was shortly after 9/11, and I was standing at a red light with my new Golden Retriever puppy, Belvedere. Getting Belvedere was the thing I had done to comfort myself and the people I worked with after 9/11. Belvedere was also where I most often turned for comfort, taking long walks with me and serving as an endlessly absorbent Kleenex, as I was getting out of a bad relationship that had been consuming me for seven years.

It’s impossible to exaggerate how much I adored–and depended on–that little fluff of reddish fur. And there’s nothing like emotional bondage to create the conditions for Ruinous Empathy. I never said a cross word to Belvedere, and she was absolutely untrained and undisciplined. As I was standing there, she tugged at the leash and almost wound up under the tires of a taxi roaring by. I pulled her back at the last moment, head over heels.

“If you don’t teach that dog to sit, she’s going to die!” said the tall bearded man in blue jeans standing next to me. He pointed at the ground, bent down to get in Belvy’s face, and bellowed at her, “SIT!!”  To my astonishment, Belvy sat. She didn’t just sit, she pounded her butt into the pavement, and looked up at the man wagging her tail.

The man was in my face now. “See? It’s not mean, it’s clear.” The light changed, and the man strode across the street, leaving me with words to live by. 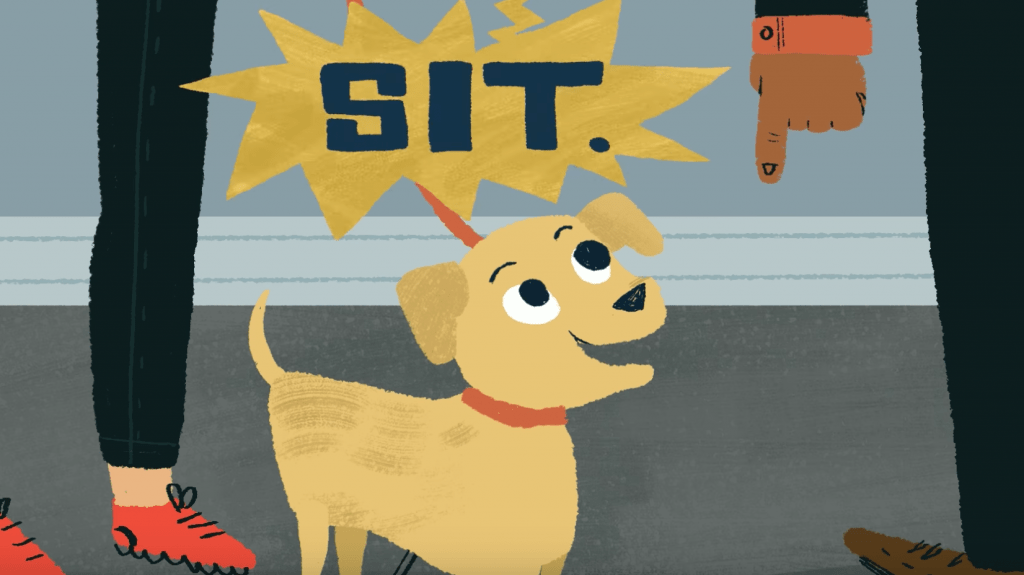 The man didn’t have to have me over for dinner, remember my birthday, or even know my name. He showed he cared by aligning us on something that was really important to me: the survival of my puppy. Belvy was my emotional life raft, and I wasn’t sure I would have survived her death at that moment in my life. But the man didn’t have to know any of those details. He could see I loved the dog. Talking about how to help Belvy survive was all he needed to do to show he cared personally. Then he offered some help–he showed me how to get her to sit. And then he walked off.

That stranger helped me be a better dog owner, a better manager, and a better person in two minutes flat by being Radically Candid. It didn’t require a huge time investment from him. He just said what he thought when he didn’t have anything else to do while waiting for the light to change…