A question that we’ve gotten from a number of readers is:

I tried to give X constructive feedback, but then X got all defensive. How can I get through to X?

When a person begins a conversation by saying or even just thinking, “I’ve got some constructive feedback for you,” the other person’s defenses go up right away. There are three problems with the way that’s phrased. The first is the construction of the sentence–basically, “I’m gonna tell you a thing or two”–is not humble or helpful. The second is the word “feedback.” The third is the word “constructive.”

“I’m gonna tell you a thing or two.” Neither humble nor helpful.

It’s hard to sound or be humble when saying, “I’ve got some constructive feedback for you.” This sounds like you’re saying that you know a truth that the other person doesn’t know, and you’re going to tell them this truth. It’s sort of like saying, “You have a problem, I’m going to tell you what it is, and you’re going to fix it. And moreover, you’re gonna like fixing it.” This tends to feel Obnoxiously Aggressive. Better to say “I see a problem, I want to see if you agree that it’s a problem, and then if we do agree, let’s see how we can fix it together.”

“You have a problem, I’m going to tell you what it is, and you’re going to fix it. And moreover, you’re gonna like fixing it.”

You are a human being offering your interpretation of the facts, not God offering Truth.

We say that feedback should be “objective” and “not personal,” when in fact most feedback is an interpretation of the facts, not “truth.” It’s important to keep this top of mind when offering criticism.

As Nietzsche said, “there are no facts, only interpretations.” You are not a computer spitting out data. You have a point of view. You have chosen to include some things and exclude others. Sure, you are trying to be fair. But you should also realize that as a mere mortal, you can’t be totally objective. Maybe you’re skewing things, or maybe you’re plain wrong. If you think you’re being ‘objective’ then you’re more likely to dismiss a counter position as ‘defensive’ or infeasible. Worse, you might worry that you will seem weak if you listen to their point of view, to their assembly of the facts.

When you criticize (or praise) a person or their work and are conscious of the fact that you are not objective and in fact might be wrong, your criticism is actually stronger, not weaker. The other person’s skewed version of the facts might just balance out your own. When you challenge people and expect them to challenge you back, you both get stronger. You’re far more likely to “get it right.” When you challenge people and expect them to accept everything you say as objective truth, you’re sure to get it wrong a lot of the time. When you praise or criticize somebody, you are offering more than data. You are offering your interpretation of the data. Your point of view is invaluable, IF it’s offered humbly.

That’s why I say “feedback” is screechy and makes most people want to put their hands over their ears. I prefer the word guidance, which is something most of us long for. Guidance is not a perfect word either though as it can imply “I’m older and wiser and know better than you.”

Perhaps neither word is right and it’s better to call it exactly what it is: praise and criticism.

Train yourself to think about both of these so you don’t make the mistake of only giving criticism. To show you care you should be offering more praise than criticism. SAY SOMETHING KIND!

The problem with the word “constructive” is that it implies you can control how the other person will react. 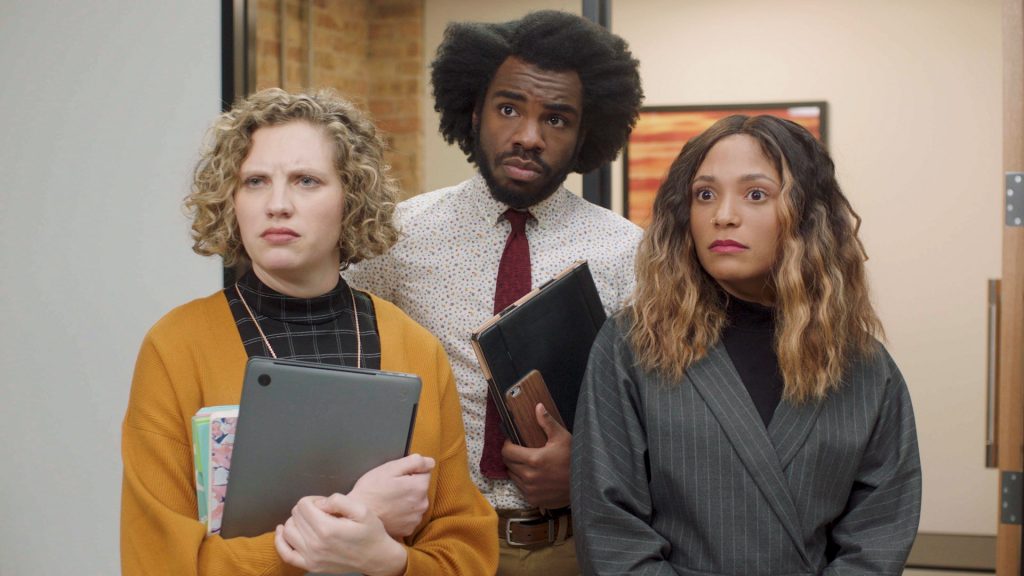 By using the word constructive to describe the feedback you’re about to offer, you set an expectation that the other person “shouldn’t” get angry or defensive or upset. You’re implying that they “should” react with gratitude. Now, you’re telling them how to feel about whatever it is you’re about to say.

It doesn’t mean you are a “feedback failure” if there’s an emotional reaction.

Criticism stings, and most of us get upset when we get stung. There’s no way to say it so it won’t hurt. The best you can do is to react to the hurt with compassion—but without diluting the clarity of your message. Just because the other person reacted emotionally doesn’t mean you failed to deliver the message properly. In fact, often, if you do NOT get an emotional reaction, it might be a sign you haven’t been clear enough.

The best you can do is to react to the hurt with compassion—but without diluting the clarity of your message.

The word “constructive” sets you up to feel like a feedback failure when in fact you may have delivered the message as clearly and as kindly as humanly possible. All too often I’ll get a phone call from somebody I’ve been coaching who says. “I totally blew it. John burst into tears (or yelled or shut down).”

While it’s true that you should try not to personalize when giving praise or criticism, for most of us, our work IS personal. Our work is one of the most important ways that we express who we are and offer our talents to leave the world a little better than we found it. Most of us spend more time working than anything else we do in life. Since it comprises so much of our lives, it better be personal! Otherwise, what is life?

You’re batting above average if you can manage your own emotions.

While telling another person’s how to feel is way over-stepping your role as manager, you can and should do everything you can to manage your own emotions. A big part of being a manager is “emotional labor.” You have to react compassionately to other people’s emotions without expecting them to do the same for you in return. Pause here and think about this because it’s pretty rough (and might offer a clue for you to revise how you deal with your manager). This means it’s really important to take care of yourself. Whatever it is you need to do to manage your own emotions—get enough sleep, exercise, food, free time, adrenaline rushes, whatever—make sure to do it.

I learned a lot of what I’m writing about from my coach at Google, Fred Kofman. Thank you Fred! Also, thank you Dave Goldberg for recommending Fred to Sheryl Sandberg, thank you Sheryl for hiring Fred, thank you Google for footing the bill.

And, now, thanks to Fred and LinkedIn, you too can have Fred as a coach, at no charge! In an act of pure generosity, Fred and LinkedIn have made videos of some of Fred’s coaching sessions publicly available.

To watch a conversation between Fred and somebody struggling to give “constructive feedback,” and Fred’s explanation of how to take a humbler, more human and yet stronger approach to criticizing an employee, watch this video.

Pre order Kim’s new book, Just Work: Get Sh*t Done, Fast & Fair, to learn how we can recognize, attack, and eliminate workplace injustice―and transform our careers and organizations in the process.

Add These 10 Radically Relevant Books to Your 2022 Summer Reading List for Inspiration, Purpose and Empowerment

Looking for some inspiring books to add to your 2022 summer reading list? We've curated…

Radically Candid praise and criticism is immediate. You'll remember the specifics much better when you…