skip to Main Content
When you’re delivering difficult feedback, even in a caring way, people are likely to get emotional. That’s OK; emotional reactions are normal. While you might be tempted to deliver feedback you know will elicit strong emotions in email, chat, or on the phone to avoid awkwardness, in-person or video conversations are best for two big reasons. 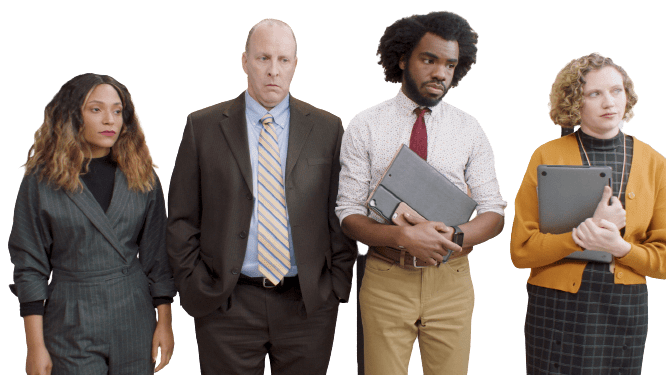 The worst thing you can do is ignore emotional reactions. Emotions like anger, sadness and fear are part of the human condition, and people shouldn’t have to leave their humanity at home when they come to work.

In MITSloan Management Review, Christine M. Pearson, a professor of global leadership who has made a career of studying negative emotions in the workplace, writes:

“When it comes to managing negative emotions, most executives respond by pressuring employees to conceal the emotions. Or they hand off distressed employees to the human resources department. A small proportion consider emotions detrimental to operations and assert that feelings should be kept out of the workplace. Some blame their own bosses’ compulsions for unbroken cheeriness, which obliges them to tamp down negative sentiments of their own and those of their subordinates. A general manager I interviewed voiced a typical rationale: ‘Our CEO doesn’t want to hear anything negative. Not a word about dissatisfaction.'”

Anyone who has worked at an organization like this knows that forcing people into silence allows small problems to fester until they become big, unmanageable messes.

“When negative emotions [anger, sadness or fear] are acknowledged openly, I have found that employees learn to anticipate and interpret their colleagues’ reactions to difficult circumstances more astutely,” Pearson said. “They grow to understand their own reactions better, too.”

Giving tough feedback and holding folks accountable is uncomfortable … for everyone. Often, the reason people don’t deliver guidance in person is that it’s awkward. They are trying to avoid seeing the other person’s emotional reaction. They don’t want to deal with tears, yelling, scoffing, or any other negative reaction. Don’t hide behind chat, email, or other software to avoid negative emotional reactions to feedback.

You can’t control another person’s emotional reaction, but that doesn’t mean you should try to avoid it. You’ve got to be present for these emotions. You can use them to better understand how your message landed, and to adjust.

But don’t let the emotions knock you off your good intention to Challenge Directly. Acknowledge the person’s emotions, and don’t get defensive. Everyone has a right to their emotions. Emotional reactions can offer important clues to help you better understand what’s really going on with the people you manage. They can offer you a shortcut to the heart of the matter.

So don’t respond to outbursts or sullen silences by pretending they are not happening. Don’t try to mitigate them by saying things like, “It’s not personal,” or “Let’s be professional.” Instead say, “I can see you’re mad / frustrated / elated.”

In addition, when planning a difficult in-person conversation, try taking a walk instead of sitting and talking. When you’re walking, the emotions are less on display and less likely to start resonating in a destructive way. Also, walking and looking in the same direction often feels more collaborative than sitting across a table and staring each other down.

Manage Your Own Emotions

While telling another person’s how to feel is way over-stepping your role as manager, you can and should do everything you can to manage your own emotions. A big part of being a manager is “emotional labor.” You have to react compassionately to other people’s emotions without expecting them to do the same for you in return.

Pause here and think about this because it’s pretty rough (and might offer a clue for you to revise how you deal with your manager). We undervalue the emotional labor of being the boss. But this emotional labor is not just part of the job; it’s the key to being a good boss.

That being said, it’s important to recognize that being the boss can be exhausting during the best of times, and during times of crisis, it can feel downright paralyzing. If you don’t identify ways to take care of your emotional, physical and mental health, you won’t be able to be there for anyone else.

A 2018 study published in the Yonsei Medical Journal reported that the sustained stress of emotional labor can quickly lead to burnout, psychological distress and depression.

This means it’s really important to take care of yourself. Whatever it is you need to do to manage your own emotions—get enough sleep, exercise, food, free time, adrenaline rushes, whatever—make sure to do it because your bad mood can have a ripple effect and infect the entire team. 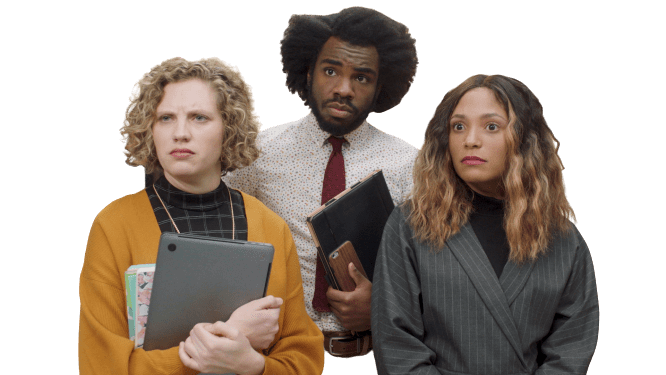 In Radical Candor, Kim writes about a time she failed to manage her own emotions and the effect it had on her colleagues.

“’I know what kind of day I’m gonna have by the kind of mood you’re in when you walk in the door,’ Russ told me one morning when we worked together at Google. I’ve rarely felt so ashamed. I thought I was pretty even keeled and that I had a good poker face during tough times. He saw I was upset and gave me some credit without backing off his direct challenge: ‘You at least try not to take it out on us. But still, we all notice what kind of mood you’re in. Every body notices what kind of mood the boss is in. We have to. It’s adaptive.'”

You don’t want to take your bad days out on your team, but nor can you hide the fact you’re not at your best. The best you can do is to own up to how you feel and what’s going on in the rest of your life, so others don’t feel your mood is their fault.

“I learned simply to say something along the lines of, ‘Hey, I’m having a shitty day. I’m trying hard not to be grouchy, but if it seems like I have a short fuse today, I do. It’s not because of you or your work, though. It’s because I had a big argument with a friend [or whatever],'” Kim explained.

If you have a truly terrible emotional upset in your life, stay home for a day. You don’t want to spread it around any more than you’d want to spread a bad virus around the office, and emotions are just as contagious as germs. Mental-health days should be taken more seriously than they are.

Remember, how you react when someone is emotional is what matters far more than whether they’ve become emotional: Recognize they are not in a “teachable moment” if they are emotional or defensive. If you see this, you have some options.

Additional reading:
NPR — How To Harness The Power Of Emotions In The Workplace
MITSloan Management ReviewThe Smart Way to Respond to Negative Emotions at Work
Harvard Business Review — Manage Your Emotional Culture Pre order Kim’s new book, Just Work: Get Sh*t Done, Fast & Fair, to learn how we can recognize, attack, and eliminate workplace injustice ― and transform our careers and organizations in the process.

We ― all of us ― consistently exclude, underestimate, and underutilize huge numbers of people in the workforce even as we include, overestimate, and promote others, often beyond their level of competence. Not only is this immoral and unjust, it’s bad for business. Just Work is the solution.

Just Work is Kim new book, revealing a practical framework for both respecting everyone’s individuality and collaborating effectively. This is the essential guide leaders and their employees need to create more just workplaces and establish new norms of collaboration and respect.