The other day I asked a guy I work with what his team thought of an idea I had. It turned out that everybody liked my idea, and so X forwarded me the thread to let me know I was free to proceed with it. However, when I got his email I forgot all about the idea because of the first, seemingly innocuous word:

I knew if I didn’t tell him, X would keep using the word, and, without being aware of it, hitting a tripwire in my brain. But I didn’t look forward to the conversation because it’s hard to explain a tripwire in my brain without seeming to overreact. Besides, we are busy. Did it really matter so much? Given that our company is called Candor, I figured I better walk the walk.

On the one hand, I wasn’t criticizing X. X is precise in his communication and thoughtful to a fault. His note was sent to two guys.  There were no women on the thread; I wasn’t even cc’d, he just forwarded it to me later. Neither I nor any other woman was being excluded in any way, shape or form. I know that when X started his email with the word “Gentlemen”, he was just being slightly ironic, and certainly didn’t mean anybody any harm.

On the other hand, if we are going to work well together, I needed to explain to X why the word bugs me so much. Clear communication gets measured at the listener’s ear, not the speaker’s mouth. This was an example where there was nothing wrong with what was coming out of X’s mouth, but something odd was happening at my ear, and I needed to find a way to explain it to him. 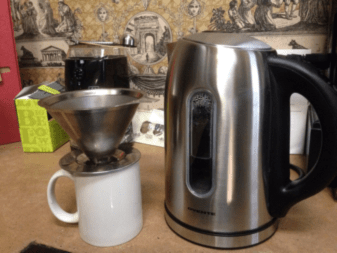 Since the issue was mine and not his, I didn’t want to interrupt his work to raise it. I waited till he got up from his desk to make a cup of coffee, and I followed him into the kitchen. Here’s what I told him while we were waiting for the hot water to boil. (It takes a lot longer to write it than it did to say it.)

First, I quoted a wise man, who once explained to me that there are a few words that you just shouldn’t use because these are the words that make communication almost impossible. Now, most of these words are so obviously offensive X didn’t even want to utter them out loud. “But gentlemen?” he asked, puzzled and skeptical, but also curious.

The first tripwire that the word Gentlemen hit is the horse that’s just too tough to beat to death: women in tech. Not just our whole engineering team, but everyone at our company, except me, is male. Of course we’re only 5 people. But just the other day, a friend whose new startup is currently 8 people, bragged to me that his company is 50/50. I sort of shrugged his comment off. I’m the CEO and I’m a woman; our Board Chair is a woman; several of our investors are women.

“Isn’t that enough?”, I asked my friend. “Does it really matter if the rest of the company is male?”

My friend’s advice to me: “Yes! Fix it now, not later! Once you have a critical mass of great women, it builds on itself. If you start with no women, you’re in a vicious cycle recruiting-wise. It’s way easier to get it right from the beginning than it ever will be again.”

There I was, a woman getting advice from a man about gender diversity — and a good, much-needed reminder, too! My friend is right. I need to fix it now, not later. On it!

The fact that I am the only woman at the company I founded is, while slightly horrifying, not really the reason the word bugs me, though. I am totally confident that Candor is going to be a great place for both women and men to work. Give us a couple months and we’ll get the gender balance right. The real tripwire gets set off because of personal associations with the word much deeper than the “women in tech” issue. Here are some stories that explain the associations I have with the word “gentlemen.”

When I was working in Russia, I was doing a deal with a group of businessmen who were neither Americans nor Russians — we were all strangers in a strange land. These men clearly weren’t used to working with women, so (I thought) I had to work extra hard to earn their respect. What did it, ultimately, was the fact that I could drink them under the table despite being half (literally) their weight. I am of Irish extraction, was raised in the South, and trained to drink in Russia so I came by the dubious skill honestly. But something odd happened along the way: I became a man to them. They gave me a titty calendar for Christmas, and genuinely seemed to think I’d like it. I just threw it away and tried to see the humor in the situation. Then they invited me to go with them to a ‘Gentleman’s Club.’ I didn’t quite understand that we were going to a strip club until we arrived. Now, I was in a ridiculous situation. Again, I tried to see the humor in the situation.

But, if I were honest with myself, it wasn’t funny at all, it was was upsetting at a gut, visceral level. To explain why, I recalled my first experience with a ‘Gentleman’s Club,’ when I was twelve. I went to an all-girls school in the South, where as far as I knew, there were two career options: housewife or teacher. Both of these are noble choices, but one didn’t pay at all and the other paid really poorly. When my mother made the switch from housewife to teacher, the whole family begged her to quit. It cost more than her whole salary to hire somebody to do all the work she’d done when she’d “not worked.” So we all had to pitch in. I wish I could say that I was a hard-working child who didn’t mind doing chores but, like most kids, I did mind. I hated doing my own laundry. I liked it when my mom had done it for me. I wanted her to start doing it again.

It came to a head when we went on a family vacation to New Orleans. We were strolling down Bourbon Street and my father noticed that I was peering into the open door of a ‘Gentleman’s Club.’

“See that woman?” My father said, pointing to  a naked woman hanging on a pole. How could I miss her? In a fit of Radical Candor about the wicked ways of the world, or perhaps just a couple of milk punches into the afternoon, my father explained to me, “She makes more money in one night than your mother does in a whole year!”

Staring through the door of the strip joint, I saw with a twelve year-old’s clear vision (and also vulnerability) the humiliating things that woman had to do to earn her money. I felt a deep sense of kinship for that woman on the pole — I totally understood why she was there, and I felt acutely what I would feel if I were in fact there. Even if I knew I wouldn’t wind up there, I suddenly felt what it would be like to be her. I identified with her. Knowing I was much more likely to wind up in my mother’s shoes, I also felt a deep sense of kinship for her. She was just as smart and ambitious as my father. Where was her outlet? A moment of panic at the choices yawning before me: Humiliation on the pole with one kind of “gentleman” or financial dependence on a husband, a different kind of gentleman altogether. I knew it wasn’t fair to equate the two, but now they seemed linked in my head. No matter how good or gentle the man, it wasn’t a choice I wanted to make. Suddenly, I understood why my mom didn’t want to do my laundry.  I knew I wouldn’t want to do my daughter’s laundry either. But did I have another option? Was that what was ahead of me? The laundry?

There was a method to my father’s madness. Nothing he could have said would have made me more determined to achieve financial independence. I fired back at him, “Well, I’m going to make a lot more money than you do, Dad!” He grinned and said he hoped I would. But that was all bravado on my part. It wasn’t at all clear to me what a path to financial independence would look like, as it wasn’t a path that had been open to many women in the South in 1978. One of my friends had a mom who’d had gone to law school — and the family had to leave the South for her to get a job.

That’s why, almost twenty years later, standing at the door of the ‘Gentleman’s Club’ in Moscow, old insecurities loomed large. Not just insecurities, but a sense of panic. My heart rate spiked so fast and so unexpectedly that my vision dimmed for a moment. I felt the old kinship with the woman on the pole, and therefore a deep and abiding anger at these men who’d brought me here, thinking they were doing me a favor to include me as one of the guys. I didn’t want to feel that way about these men I was working with. I just wanted to get the damn deal done. Even more than that, though, I didn’t want to be one of the guys! I was a twenty-four year old woman, and what I really wanted to be was out on a date with somebody who cared about me, not doing a deal at a strip club. But I was afraid where that date would lead me: to the laundry. In short, I was a confused, lonely, neurotic mess.

It all worked out. I’ve had a career that has been way more fun and successful than anything I imagined when I was staring into a scary future on Bourbon Street at age 12. I’m married to Andy Scott, my soul mate, the love of my life — and a man who has his own career and does his own laundry. Mine, too, sometimes. We have twins who are seven and fill me with more joy than I thought possible.

But all you have to do to make me feel like that 12 year-old, filled with trepidation about what my future held, or that sad, lonely 24 year-old outside a strip club in Moscow is to start your email with one word: “Gentlemen.”