Esther Bintliff recently interviewed me for the Financial Times about Radical Candor — feedback that is kind, clear, specific and sincere — and some folks have asked me what I think about Avraham Kluger’s research, which Bintliff also referenced in the article.

In 1996 Kluger and his research partner Angelo DeNisi published an analysis that found giving feedback is inherently flawed and one-third of feedback interventions actually decreased performance. He says people should instead prioritize active listening.

First of all, I 100% agree good feedback (praise and criticism) ALWAYS begins with soliciting feedback, aka listening, not giving it.

There is an order of operations to Radical Candor (which includes both praise and criticism with an emphasis on praise): get it, give it, gauge it, encourage it. Don’t dish it out before you prove you can take it. I think that is why Kluger became a researcher of listening.

Getting feedback is the first step. It’s not the only step. If two people are going to work together, they need to be able to get on the same page. If one person thinks something is incorrect or hurtful or even just suboptimal, they have to be able to tell the other person if they are going to get shit done — or even just get along.

Experiments (like the ones Kluger studied) that look at the impact of being told whether a person got an exam question right or wrong on motivation do not give an accurate assessment of the impact that good feedback from a caring colleague has on motivation.

Kluger describes a feed-forward interview very similar to the career conversation methodology Russ Laraway developed when we worked together at Google. (I describe that briefly in Radical Candor, he describes it more thoroughly in his new book When They Win, You Win.) Career conversations are an essential part of a good boss-employee relationship.

Guidance Is Fundamental To Effective Relationships 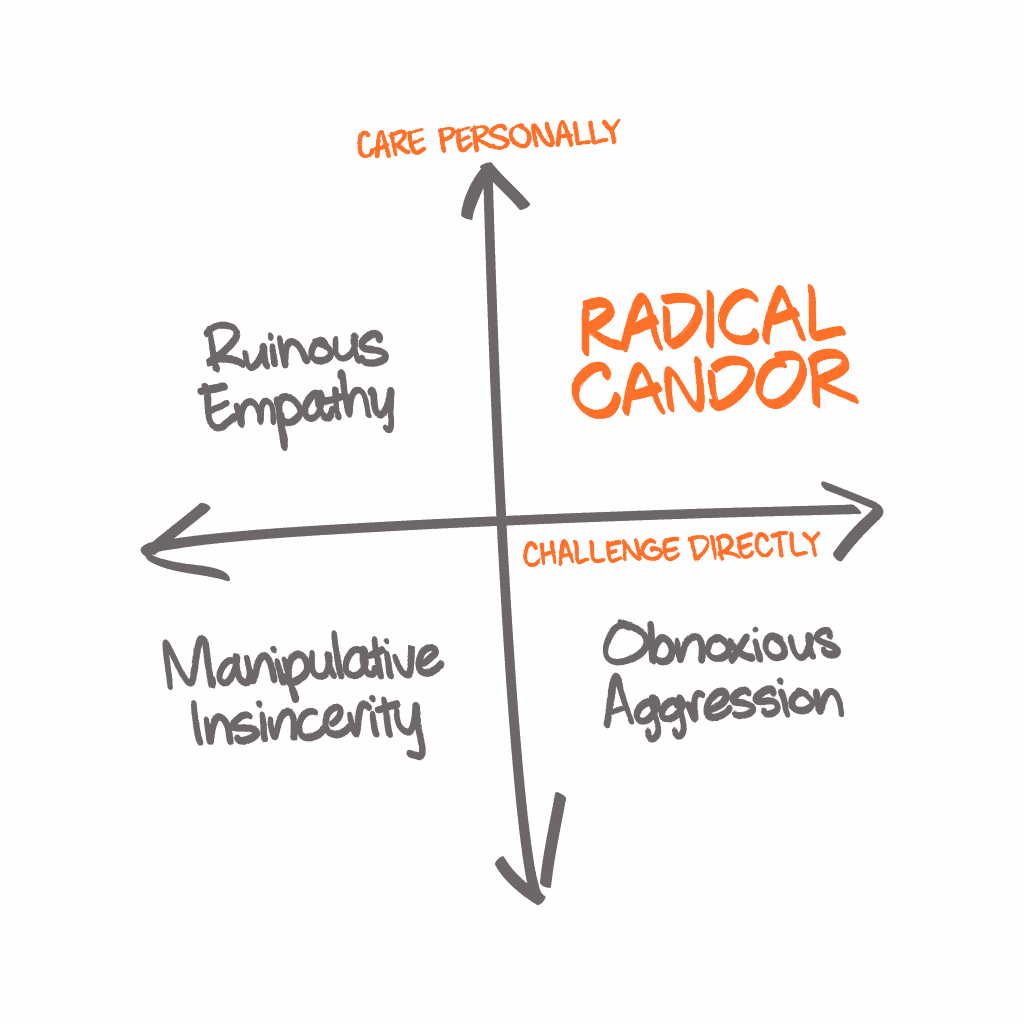 The fundamental building block of a good boss-employee relationship is guidance — the word I prefer for feedback.

I like guidance because feedback makes you want to put your hands over your ears, but guidance is something most of us long for. Also, positive and negative feedback are terms that are confusing.

Effective guidance is humble, helpful, immediate, delivered in person or synchronously (no text/email/tool), praise in public, criticize in private, and not about a personality attribute.

The crucial thing to remember in all of this is that people who are in positions of authority MUST be able and willing to hear and more importantly act on criticism without getting defensive. Leaders who get stuck in the “fuck you “ or the “I suck” phases of hearing feedback are dangerous leaders.

They are especially dangerous when they are armed.

In Bintliff’s article, she explains that Kluger had been “hired to apply psychological principles to the management of police officers,” and was admonished by the chief of police when he delivered his results.

In fact, a 2019 study found police officers who interacted with and actively solicited feedback from residents were more trusted by their communities than those who didn’t engage in these behaviors.

Overall, effective feedback — based on caring personally while also challenging directly — shows us what to do more of and what to do less of.

How Delivering Bad News Early Strengthens Your Relationships at Work

Video Tip: Embrace the Discomfort When Asking for Radical Candor

We talk a lot about how to give feedback, how to be helpful, humble, immediate,…

Research Confirms It — People Actually Do Want Feedback, But How You Give It Matters

While the thought of giving or getting feedback might conjure up dread, or as one…