A few weeks ago, we received an amazing email from Samir Sagar, Director at Manubhai Jewellers. He had shared some of our blog posts and videos with his team several weeks prior, and on the day of the email to us, had held a meeting with his five direct reports to ask for feedback.

I told my team that I am at fault for not creating an atmosphere in which they can bring their honest feedback …and that I never intended it to be that way. I asked them to tell me – to my face – whatever they think of my suggestions/ideas/opinions – anything. I would appreciate that.

In this meeting, his team began to open up and give him feedback. Hearing from them and opening this line of communication had a strong impact on Samir.

Honestly, about 6 to 7 hours after that conversation, I am still dazed.

This is going to be a great journey.

My heartfelt thanks to Kim, Russ, and the entire Candor team. The intense feeling that I am feeling right now cannot be expressed in words.

We were inspired by Samir’s email and immediately wanted to hear more of his story. I talked with him and one of his team members to learn how it all came about. Check out both sides of the story!

Samir’s company, Manubhai Jewellers, is a family-owned business in Mumbai. Samir joined the company straight out of school at 17 years old. He says, because it was a family-owned business, “No one challenges you. You get the notion that everything you do is right.” This continued for many years, and suddenly about five years ago, something changed. He began to notice the tone in the office and realized that he had mostly been behaving rudely as a manager, that he had been yelling at people. When he realized this, he thought, “This is not correct.” Samir started looking at management books and got a coach. He became more self-aware and started making changes.

Looking back now, Samir describes the changes he made. “I stopped yelling and being angry with people to their face, but I didn’t get better at empathy. I think the last 2 years has been a lot of Manipulative Insincerity.”

Several months ago, Samir thought again, “There’s something wrong.” Around that same time, he came across Radical Candor and started reading the blog, listening to the podcast, and reading the book. He started to try to be more open and get to know his team members a little more, but he wanted to learn all he could about the topic and not rush into things as he had done in the past.

When he was partway through reading Radical Candor, Samir decided to share Kim’s First Round video and some of the blog posts with his team. He said, “Let’s meet after you look at them.”

The team got together for this first conversation, the meeting that prompted Samir’s email to Candor, Inc. The meeting started on a different note, but as the topic wrapped up Samir asked if the team had watched the video. They had.

He said, “I’m sorry for creating an environment that is kind of authoritarian.” He acknowledged where he knew he had made mistakes and talked about his journey over the last couple of years. He told the team that he wants to do better, to create a culture of Radical Candor and give people the chance to tell him when he’s wrong.

After opening up about his mistakes and reassuring the team that he really wanted to hear their thoughts, Samir invited them to bring their views to the table. They were a bit hesitant at first, but they eventually opened up. “Since we are being Radically Candid,” they started, and so began a 30-40 minute open discussion with the team. They told him what bothered them, what made it harder for them to do their jobs, and where they thought things could improve.

Samir listened, acknowledged their opinions, and thanked them for sharing what they thought. He let them know what he planned to work on as a result of their conversation and encouraged them to keep telling him their thoughts. He acknowledged that he would sometimes have an immediate defensive reaction, but reiterated that he really did appreciate the challenge. “Tell me, ‘Samir you cannot do this to me.’ Tell me whatever way it works for you.”

I asked Samir how he felt during and after the meeting. Was it hard? Hearing all that feedback at once must have been difficult. He said, “It was completely surreal. It wasn’t hard, it was liberating. A big, big burden off my chest.”

When Samir and I talked, three days had passed since that meeting, and Samir was experiencing a visible difference in the way the team interacted with him. He told me about one of his reports coming to him to talk about her goals and how she would fit into the organization in the future. Samir said, “She wouldn’t have come to me with that kind of conversation before. We would have only talked about the business questions.”

He gave another example of a report asking to extend their weekly meeting and diving into some topics close to her heart.

With another report, Samir was offering a Direct Challenge. In the past, Samir would have expected a defensive reaction. This time, the reaction was inquisitive instead. “Could you explain more? What is your expectation?”

It seems a miraculous turnaround, and Samir himself said that it feels unreal that so much change could happen from one conversation. Of course not everyone can expect this kind of immediate and significant change from introducing Radical Candor, and as you’ll learn further on in this story, maybe Samir’s turnaround wasn’t as miraculous as he perceived. (And that’s ok! These things take time.)

Samir has enormous hope for future changes in the company. In the past, the family has made most of the business decisions, but Samir now sees that he can empower others to have more ownership. “The people in this company are talented. The value they can bring by taking decisions themselves and running their departments individually will make it possible for us to grow to a second location, to scale the company.”

Of course, there are two sides to every story, and we often encourage managers to check how a conversation felt for the other person. In this case, when I finished talking with Samir, he said, “Would you like to talk with one of my team members as well?” He was already thinking about the different perspectives on this experience.

Samir connected me with one of his team, Janice Godinho, Brand and Communications Manager at Manubhai Jewelers. Janice has been with the company for close to six years, and has worked closely with Samir. When I asked her how she would describe the atmosphere of the company before the last few months, she said, “The culture has always been warm and friendly. Of course there have been issues here and there, but it hasn’t been a toxic environment, and the fact that most of us here have been with the organization for 5 years and above shows that.”

But she says that as a traditionally run family business, there has always been a very top-down approach. Team members could share their ideas, but they were mostly limited to smaller parts of the larger projects and tasks the Directors assigned.

Janice started to see a change in that dynamic over the past year (around the time when Samir was thinking again that something wasn’t right). She has seen more junior team members taking more responsibility and wanting to learn more; senior team leaders have been accountable for their teams more often. She thinks the Directors are providing more criticism to help people grow as well, and that has made it so that more deadlines are being met and the staff is having more fun at work. “However, I still feel there is a long way to go.” 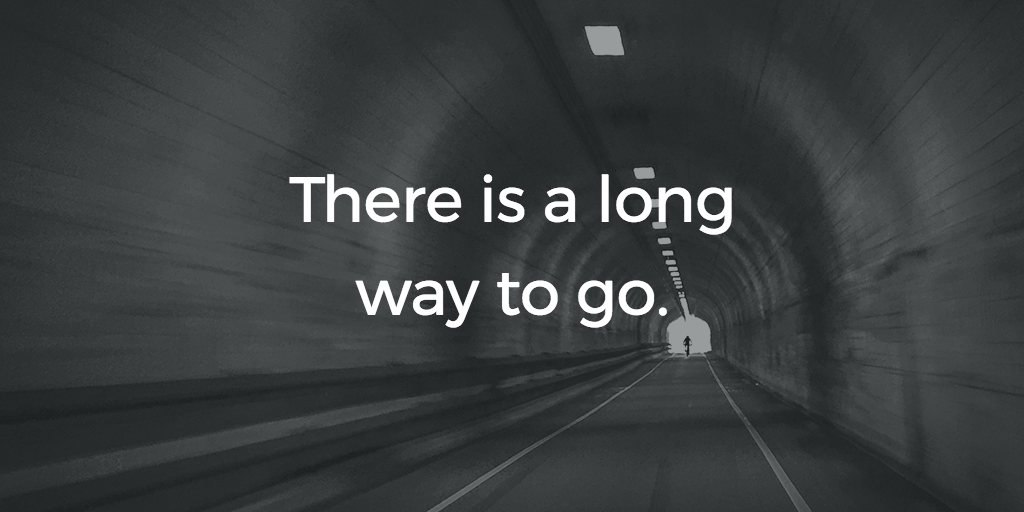 Opening the Lines of Communication

The feedback session that Samir initiated with the team was different in that it encouraged a more open discussion than Janice had seen previously. She told me that there had been confusion about why certain projects had been prioritized, a feeling of achievements with large impact being ignored, and frustrating, unexplained changes in late stages of projects. “For a while, we were confused about what we were doing wrong or if we were actually doing something right.” It had felt like there wasn’t an open flow of communication between the Directors and the teams.

When Samir opened up in the meeting about some of the things that had been going on, it helped everyone get a better sense for why things were the way they were. And when Samir asked for their thoughts, and gave them the chance to share their perspectives on the right way to approach the projects, the team felt the tension lift and opened up.

Janice says the team members had gotten used to not questioning their managers about why they were working on specific projects. “We just stopped asking, as long as nothing went wrong and we didn’t get reprimanded, it was all good.” And Janice thinks that same issues that she and her peers experienced with the Directors then spread to their own direct reports as well. “We don’t appreciate work done within deadlines or small achievements, nor do we stop and advise them on what went wrong. And invariably as team leaders we end up doing their work instead of taking out the time to correct them on their mistakes or offer a positive reinforcement of a good job done.”

The feedback session that Samir initiated reminded everyone that the communication between managers and direct reports needed to go both ways — they needed to be questioning decisions and ideas and providing feedback when something was great or needed improvement. “It was a lovely session. I am hoping we can do this across teams and team leaders as well.”

Hopes for the Future

Since that conversation, Janice has noticed that more discussions are taking place — teams are sharing their thoughts with each other.

For Janice, the overall culture change hasn’t felt drastic. She thinks things have been improving for a while, and relationships have been growing stronger. This was another step in the right direction, and an accelerator, even, in the progress she’s been seeing. She’s careful to acknowledge that there is still a long way to go — she doesn’t see this one session as a magic moment that will set everything on a path to success. There is still more work to do, but she’s optimistic. “Since we spend most of our waking hours at work and with colleagues, I am hoping for [the move towards Radical Candor] to create an open atmosphere for everyone to share what they think without hesitation. I hope to see all of us working as a cohesive unit, trying to contribute actively to the growth of the company. I know it seems idealistic :) but it’s something I hope for.”

Thank you so much to Samir and Janice for sharing their stories with us!